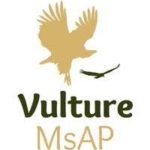 Once again The Nature Reserve “Uvac” was the place and the host of celebrating “International Vulture Awareness Day” – September 1, 2018. The Ministry of Environmental Protection, Government of Serbia, municipality Nova Varoš and Zlatar Touristic Organization supported this event. This year special event of the Day of the Vultures was releasing of three Griffon Vultures tagged with satellite transmitters. They were part of the project “Satellite tracking of Griffon Vultures”, supported and co-financed by The Ministry of Environmental Protection, Government of Serbia. Partners on this project were the Institute for the Biological Research “Siniša Stanković” University of Belgrade, Belgrade ZOO and Telekom Serbia, which donates satellite transmitter. One of the released birds was Piroćanac, Griffon Vulture which was born in the Belgrade ZOO and was released in the wild carrying one of the transmitters. The other two birds from nature – Zlatar and Marija, were found the exhausted, but were successfully rehabilitated at the Bird Center.

The crowded guests were welcomed by the host Uvac Nature Reserve, and speech held by the director of the Reserve Uvac, Institute for Biological Research “Siniša Stanković”, University of Belgrade director’s assistant, director of the Belgrade Zoo and director of Birds of Prey Protection Foundation.

Among the guests who came to support this event were colleagues from Croatia, Greece, Bulgaria, representatives of protected areas – “Krka National Park” from Croatia and Special nature Reserve “Tresnjica”.
As we said, the central ceremony was releasing of three griffon vultures tagged with satellite transmitters. All three birds flew away perfectly!

That day was also had a chance to meet with colleagues from Croatia, Greece, and Bulgaria to present and share their ideas, experience and successful practices in vultures conservation. To make joined efforts to make a safer and better future for vultures all over the Balkan, and to find new ways of better and closer collaboration.

All countries contributed with ideas:
• Better and stronger collaboration between all.
• Building a vulture reserve network and they are ready to take part in the project.
• Better collaboration with protected areas where vultures are, with ideas for making posters, leaflets with all national parks and protected areas connected.
• Development of safe ecotourism.
• and most importantly Network of the feeding sites for vultures all over Balkan Peninsula.

The suggestion of our Greek colleagues was to meet once again this year in order to make the proposed ideas concrete and find the solutions that can be applied in each of the countries participating in this cooperation, or in the protected areas where the vultures live.