Bad news is coming to us from SNR “Uvac”. Yesterday, a Golden Eagle died, which, according to the testimony of the veterinarian who examined it, was shot. The shot eagle was found near the hydroelectric power plant in the middle of the Special Nature Reserve “Uvac” and was found by the guardian of the hydroelectric power plant, about which he informed the rangers of the Reserve. The bird was examined by a veterinarian, who provided first aid, but the bird died on the way to the Belgrade ZOO. 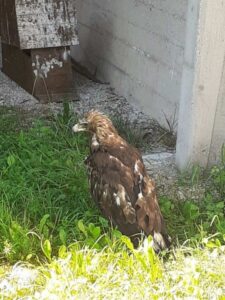 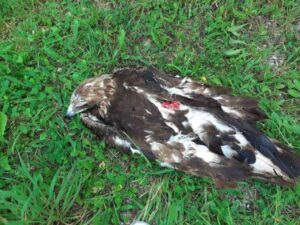 Golden Eagle is a strictly protected species in Serbia, and this is a criminal offense. In addition, hunters are not allowed to enter the Special Nature Reserve with rifles. Criminal charges have been filed against unidentified persons. We’ll see what the investigation says.

In January 2016, a griffon vulture was shot at the Uvca feeding ground. The perpetrator of this crime was not punished, but the case was outdated and rejected. We hope it will be different this time.