“Vultures above the borders” is the slogan under which live international cooperation is taking place to protect this endangered group of birds. Our Griffon Vulture, Zlatar, which has been in the satellite telemetry program for almost two years, has been showing us for the last two weeks the importance of cooperation in the protection of vultures in the entire region.

Zlatar hatched on Uvac in 2017, he was found exhausted near place Kragujevac, Serbia. After a successful recovery, he was released on Uvac on the September 1, 2018. year, marked with a red-yellow wing marker number “02”, but also equipped with a satellite transmitter. Since then, he has been monitored within the satellite telemetry program of the Birds of Prey Protection Foundation from Belgrade.

Until recently, Zlatar visited mainly Uvac and Pester, but he also regularly visited Milesevka. He was also the first bird in this satellite telemetry program who visited the northernmost vultures colony in Tresnjica.
However, he did not undertake longer the “International” wanderings until July 14, 2020, when he headed straight – to the west. In the last two weeks, Zlatar visited Bosnia and Herzegovina, Croatia, Montenegro, Albania, and flew to Greece.

It is noticeable that he did not move at random and that he visited places where colonies of this species used to be and where we could (together) bring them back! Since vultures are social birds and rarely travel alone, he is probably not alone, which gives hope for the return of the species to the entire Balkans.
All this shows that there are huge spaces that they visit and that the protection of the species is very dependent on our cooperation and the application of active protection measures throughout the Balkans. 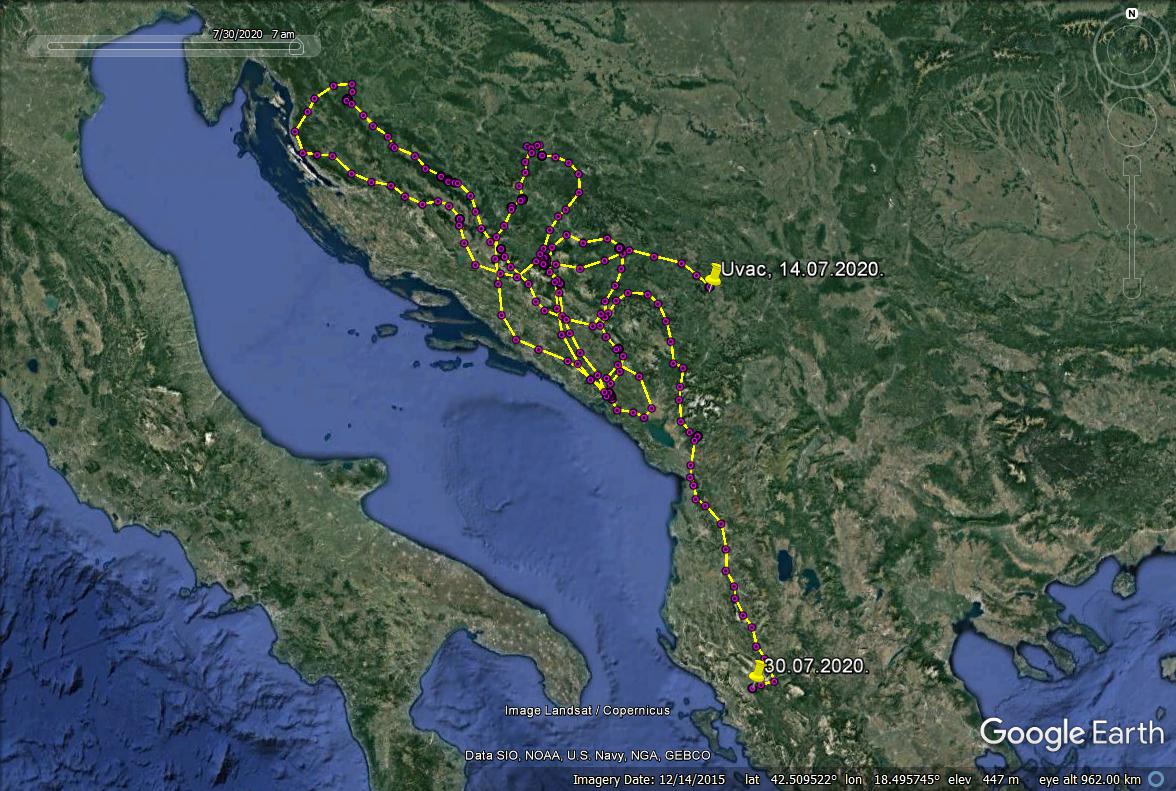 Dear colleagues from Greece, welcome Zlatar. We know he will be fine with you. 🙂